The transport sector as such is usually categorized by transport modes (surface transport, aviation and - upcoming - space). Both the production of transport vehicles and their operation account for tremendous societal benefits as well as for a significant environmental impact in terms of use of resources, the emission of e.g. greenhouse gases, and for disposal at end-of-life of transport vehicles, of infrastructure but also of production equipment. Complexity and impact of current and foreseeable challenges on the one and characteristics of the different groups of actors on the other require more efficient mobilisation of resources, increased innovation speed and integration of enabling technologies. In this context, Open Science is considered as an important and promising measure to support the intended performance gain: “Open science, open innovation and open to the world – the so-called 3 O’s – are likely to impact European innovation performance, growth and international competitiveness". However, Open Science is not yet perceived as a concrete option in collaborative AAT research projects.

The main goal of OSCAR is more than simply adapting an established approach to a specific field. It requires on the one an in-depth understanding of Open Science (principles, application, benefits) as well as of the European AAT landscape as is. On the other it requires an application concept, i.e. convincing stakeholders of the added values and guiding them to integration of Open Science in their daily research work beyond single European projects. Thus, the main goal of OSCAR as mentioned above means to pave the way towards Open Science in European aviation research by detailed analysis of the landscape and by developing, validating, and promoting a suitable Open Science concept.

OSCAR at the 11th EASN International Conference on “Innovation in Aviation & Space to the Satisfaction of the European Citizens”
15/06/21, 13:51 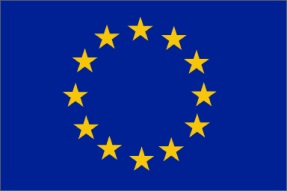